Basingstoke Labour considers the latest developments in Labour’s fight to secure affordable housing in Basingstoke, and the Manydown development.

Basingstoke has a housing crisis. We are a successful Town and people want to move here; to live, work and raise their children here. We have wonderful local communities that generations of people have enjoyed living in, from the London Overspill to Basingstoke’s rich history as a market town. We have a strong identity and that is something to be proud of. 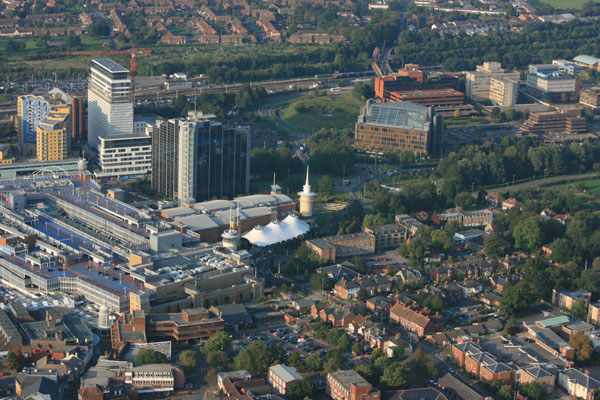 So, when young people are priced out of a mortgage and struggle to afford even the bloated rented sector, when older residents can’t downsize, when families can’t find suitable housing that meets their needs – then we know we have a housing crisis in Basingstoke.

All of these things are putting huge pressure on housing demand in Basingstoke. Homelessness is on the rise, rents are increasing and many of us struggle to get onto the housing ladder. Even more are finding it harder and harder to pay rising rents and Council Tax.

As the Labour Group of Councillors on Basingstoke & Deane Borough Council, we have been proposing action to tackle the housing crisis. We propose plans to develop good quality affordable housing in the borough, only to have them voted against time and time again by the Tories.

The Manydown development is a case in point. It’s a battle that the Labour Group has been fighting for years. The land was purchased with the money raised from the sale of council houses to housing associations in the mid 1990s. This is taxpayer money, and at the time of the sale, it was promised that the money raised would be used to assist families in housing need by building socially rented housing that was truly affordable.

We all know that the affordability of a decent home is a major issue in Basingstoke. It’s one of the main issues we hear about from our constituents. And here lies the problem. In meeting after meeting, Tory councillors PROMISE TO BUILD AFFORDABLE HOMES. Time after time they fail to deliver.

At Manydown there are no excuses. We own the land and if we choose we can use some of it for building homes for the young people of our Town, homes for older people to downsize into – we develop a new community that thrives because we link quality and design. We are about affordable homes for all, for the many not the few.

Basingstoke Labour Councillors want quality housing to be built under public ownership, working with partners like Vivid and Sovereign Housing, that benefits all our borough’s residents.

The council has signed up to a 40% affordable housing commitment (after considerable pressure from the Labour Group) for all private developments carried out by private developers on private land. All we’re asking is that the Tory councillors extend the same criteria to their own land, of which Manydown is the main development. Is that too much to ask?

Housebuilding is at a 24-year low, and since 2010, there are 200,000 fewer home owners, for many years seen as a citizen’s aspiration by successive Conservative governments. For our young people (dubbed ‘Generation Rent’), the prospect of ever getting a foot on the housing ladder is ever decreasing, as both house prices and rents continue to rise far in excess of wages. Labour commits to building over a million new homes nationally, including half a million council houses. We will improve protection for tenants renting from the private sector, holding landlords who provide poor or unsafe living conditions to account.